Chiusi, Italy: The Evolution of a Lost Masterpiece - October 2016 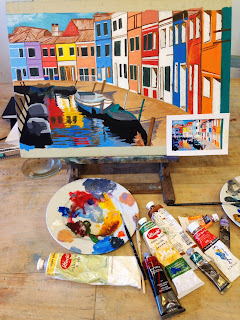 Following a mid-afternoon lunch of freshly-baked focaccia bread, sliced pork, buffalo mozzarella ... and a half liter of crisp house wine, it's nearly impossible to paint a straight line. And so I learned the hard way on day four of my week-long painting retreat in the hills of Tuscany.

Days earlier I had arrived by train from Rome into the quaint town of Chiusi, Italy, where my instructor, Julian, greeted me at the station with a warm smile. I was driven to the gated, hilltop retreat of Siliano Alto nested above a picturesque valley and surrounded by lush landscape.

The five-day painting class offered by Easel & Lens catered to professional artists and novices alike and aside from lessons included room and board.

Before candlelit, home-cooked dinners, I, along with my three classmates, spent the days in the studio overlooking the Tuscan valley watching lizards dart between the brick cracks and smelling lavender and rosemary whirl in the breeze. In the evenings, I retreated to my downstairs apartment across the hall from Louis, who I learned is an accomplished Australian artist currently immersing herself in an iceberg-painting period since visiting Antarctica earlier this year.

The first couple days of the class we practiced basic drawing techniques like hatching and perspective, and were able to experiment with various tools and mediums.

Our beginning assignment was to get comfortable with watercolor. While the other ladies perched on the back grassy hill and painted landscape, I chose to focus my attention on a green bench and rusty barrel situated in the front of the house. Watercolor proved to be extremely fluid and forgiving, and I enjoyed the exercise more than I thought I would.

As a welcome escape from our focused time in the studio, we spent one morning in the village of Chiusi where we strolled down rolling, cobblestone streets and through the narrow alleys. We sat in the town square with our drawing boards on our laps and learned tricks for drawing angles and dimension before stopping by the local farmer's market to pick up fresh mushrooms and leeks for dinner.

Another afternoon we ventured to the nearby town of Cortona. Popularized by Diane Lane's film "Under the Tuscan Sun," the town buzzed with people and excitement.

On day three of the class we were tasked with finding our medium: watercolor, acrylic or oil. I opted for acrylic and set out to recreate a photograph of the colorful fishing village of Burano near Venice.

For three days straight under the instruction of Julian I created my masterpiece: first sketching in the buildings with pencil, then blocking in the background color and throughout using a fine brush to paint the details. Painting from a photograph, it was difficult to tell when the painting was complete as there was always more detail and color play to be done.

In the final hours of the last day of class, I completed my Burano painting. While some of the dimensions were a bit off and not all of the lines were straight, I was pleased and felt it effectively embodied the learnings from the week. I treasured the opportunity to do something out of the ordinary for me and took great comfort in the peace that came with "creating."

The day following class the experience and my masterpiece truly became priceless as somehow the rolled-up painting was left on a train headed to Genoa never to be seen again. 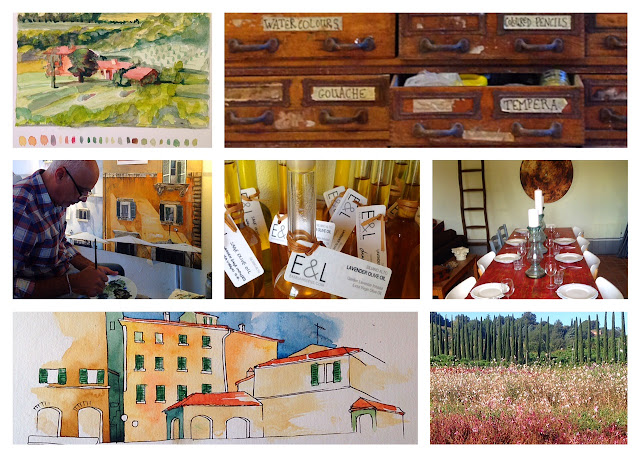 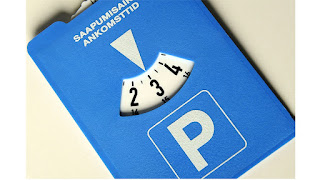 Why didn't we think of that?

Reflecting upon our two years living in Finland, we've discovered several items the locals have enlisted to make life easier. While known for their environmental and social-consciousness, the Finns may not have invented these life hacks but they were new to us and notable to share with the rest of the world.