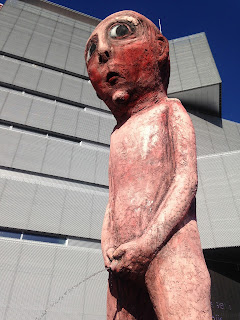 Well, "terrorizes" is a bit extreme, but there is in fact a giant peeing man statue which is making the conservative residents of Helsinki quite uncomfortable. And by the looks of it, the man is a bit embarrassed, too.

The capital city of Finland is home to a host of charming attractions. From centuries-old churches to a port lined with open-air markets, Helsinki is a picturesque city that should top your list when visiting Northern Europe, but this particular attraction just may cause you to raise a questioning eyebrow. Currently situated near the west harbor where ferry boats and cruise ships dock, is a 8.5 meter (nearly 30 foot) statue of a man openly urinating onto the street.

Firmly planted alongside the roadway near restaurants and shops, the statue is a fully-functioning fountain spouting unknown quantities of water each day onto the ground and unknowing passersby. Formerly residing in other parts of the city and even briefly visiting neighboring Sweden, it's debatable whether the statue is a large baby or an elderly man attracting all of the attention.

Finnish artist Tommi Toija is to thank for this unique sculpture formally named "Bad Bad Boy." Toija has explained, "For me, it's just a guy peeing in the river, no more, no less. Some might see it as a funny thing, others might be provoked." Whatever your reaction, it is certainly worth a look.

Of note: public urination is NOT an arrestable offense in the country of Finland. 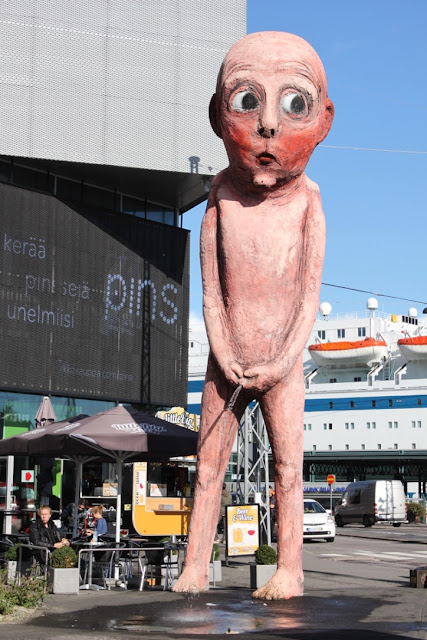