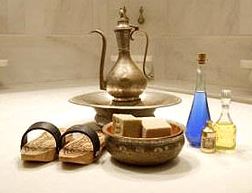 Lying on a hard marble slab, hot suds pouring over my eyes and mouth, I gasped for air thinking that this was different from the relaxing experience I was expecting. I'd had many massages in my life but nothing would've prepared me for a large Turkish woman flogging my back with a soapy wet pillow case. As I laid there naked, dehydrated and bewildered, she violently scrubbed every inch of my body with bar soap and a wash cloth while loudly singing. In the clouded sauna room, I was laid out head to toe with a scattering of other naked women. I coiled under the abuse and motioned for a drink. I needed water. But the woman didn't speak English, so the belting continued.

The traditional Turkish massage was my first glimpse into the culture. Several other sights I would encounter were far more pleasant like the lunar-like landscape of the Cappadocia region.

According to our local guide, millions of years ago a volcano erupted in the region with lava spilling everywhere. Overtime, the lava rock was sculpted by the wind and rain to create vast cavernous valleys, jagged cliff faces and protruding rock formations. After the crater lake and nearby streams dried, the surreal moonscape formed the nearly 250 by 160 mile territory in what is now considered Turkey's central heartland.

The towering pillars of rock were soft enough to carve yet solid enough to provide protection from the variable climate. The area began being inhabited by people during the Roman period in the 9th to 11th century. Entire villages were chiseled from the rock with houses, churches and monasteries dotting the hillsides.

Today the Goreme Open Air Museum is one of the most popular monastic communities to visit. The museum preserves thirty rock churches and chapels with colorful Byzantine frescoes adorning the walls dating back to the area's earliest inhabitants. The fairy chimneys, or hoodoos, are also a sight to be seen with tall thin spires of rock rising from the bottom of an arid drainage basin in Urgup, near Cavusin. Fairy chimneys are characterized by soft rock topped by harder, less easily-eroded stone, and some in the area stand higher than ten-stories tall.

Several of the fairy-chimneys in Cappadocia have been converted into boutique hotels. In addition to admiring the peculiar landscape, exploring the underground cities, trekking and hot-air ballooning is popular. The cities of Nevsehir or Kayseri allow for the easiest point of entry into the area by both air and rail from Ankara and Istanbul. 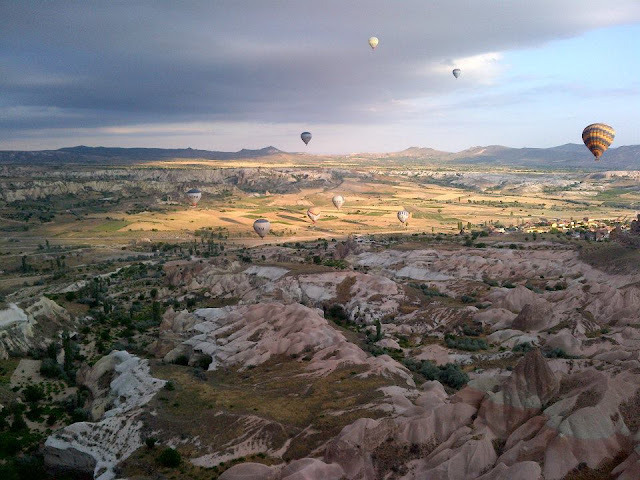