Five Reasons to Raise an Eyebrow at Bolivia

Formerly known as Upper Peru, Bolivia is land-locked South American country in the Amazon Basin. The nation boasts 38 official languages and capitalizes on the exports of coffee, cacao and Brazil nuts. While notorious for being home to the most dangerous road in the world, "The Road of Death," Bolivia also has a few other questionable claims to fame.

5.) Altitude Sickness. Many parts of Bolivia sit at the altitude that jet liners fly. The city of La Paz is the highest capital in the world resting in a bowl-shaped valley at 11,910 feet. Also within the country's borders is Lake Titicaca - the highest navigable lake in the world at 12,382 feet and also one of the world's deepest. The people of Bolivia build their homes at all elevations and those who elect to nest in the Andes Mountains live at more than 10,000 feet and frequently circumvent clouds drifting through their living rooms.

Life and travel at such elevations often times brings with it altitude sickness. Altitude sickness is a potentially deadly affliction occurring in humans at elevations above 8,000 feet. The illness is caused by acute exposure to low levels of oxygen, with symptoms ranging from headache and fatigue, to fever, nausea and loss of consciousness. Combat altitude sickness by staying hydrated, ascending gradually to higher altitudes if possible, getting plenty of rest and taking medicines or drinking cocoa leaf tea. 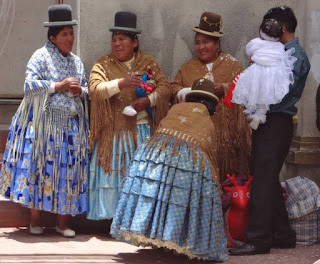 4.) Little Black Hats. With tiered, flowing dresses and colorful shawls, it's the little black hats that have come to be the unique accessory to distinguish Bolivian women. The little black hat, also known as bowler hat, bob hat, billycock or bombin, is a hard, rounded, felt hat that was originally designed for British soldiers. The hats migrated to Bolivia in the early 1920s when an influx of Brits traveled to the country to work on creating a railway. Rumor has it that the hats were too small for the working men's heads so they gifted them to the Bolivian Quechua women. The trend caught on quickly and while they were imported from Europe for several decades, the little black hats are now manufactured locally. 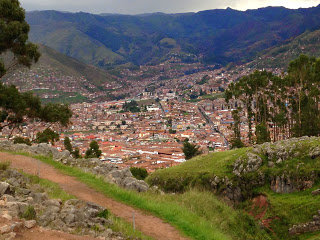 3.) Invasive Body Searches. El Alto International Airport in La Paz is the world's highest international airport at more than 13,000 feet above sea level and considered by many as the most invasive. Plan for several hours to get through the passport and customs lines upon arrival, only then to have to endure the dreaded drug search. Due to the country's rampant drug problem, both your body and your luggage will be aggressively searched for illegal narcotics. In an attempt to somehow protect the last shred of dignity one may have, the body drug searches are performed in a small, windowless room. Be wary though, while unpleasant security personnel frisk you from head to toe, their corrupt colleagues may be snatching the valuables from your luggage. 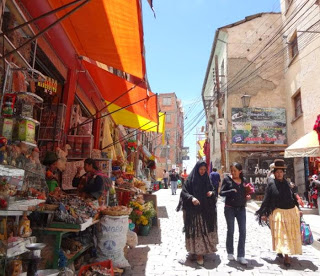 2.) Drunken Tour Guides. One of the most popular tourist attractions in Bolivia is the Uyuni Salt Flats. Spanning more than 4,000 square miles, the Bolivian salt flats are the largest deposit of salt on the planet containing more than 64 million tons of salt. When it rains the water forms a thin layer covering the flats which reflects the entire sky. The salt flats were formed from the evaporation of prehistoric lakes and now serve as prime breeding ground for pink flamingos. A visit to Bolivia wouldn't be complete without tricking your friends with optical illusion photos taken from the flats, but beware: to get to the flats, you must enlist the help of a local tour company for a three to four day tour by 4x4 vehicle. Most companies have the unfortunate reputation of employing drunk drivers. Accidents in the salt desert are commonplace so be sure to scout your tour company and select your tour guide wisely. 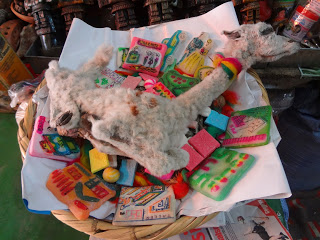 1.) Witch Markets and Deadly Superstitions. While more than three quarters of the Bolivian population is Roman Catholic, the practice of voodoo is ever present. Many in Bolivia regularly worship "El Tio," or Satan, and "Pacha Mama," Mother Earth, with ritual sacrifices. In villages and cities alike, witch markets touting potions, amulets and powders are abundant. Walking through the beaded entrances, you'll see dried frogs, armadillos and medical plants for use is centuries-old voodoo rituals. The Bolivian people, half of whom live in poverty, believe these rituals can bring health, luck, beauty, fertility and fortune. One well-known belief is the ritual of planting a dried llama fetus under the foundation of a new home as a sacrifice to Pacha Mama. This act of respect ensures for the safety and luck of the home-dwellers. For added security and good fortune, it is rumored that many Bolivians bury a human under their house. The only stipulations are that the person must be killed for the sole purpose of the ritual and that he must die happy.

Anyone going to La Paz should try to see the witches market. It is an unusual place that makes it interesting. Weird, colorful display of voodoo stuff for sale from anything to charm a lover or cure a serious ailment. Whatever your heart desires is here.....as long as you believe in "magic." You have to be prepared to do a lot of walking though. The streets are uphill and because of the altitude in La Paz it can be more tiring. Some areas are very crowded too. Along the way you can buy and try their fresh fruit shakes and empanadas Bolivia is known for.