We were on a mission to explore the tiny, landlocked country of San Marino: only 24 square miles and nestled in the hills of the Italian countryside. As we approached, the fog was fierce and we were climbing in elevation. We turned a corner and I caught a glimpse of the three towering structures atop the mountain.

We parked the car and I jumped out to take pictures. The fog made it impossible to see the mountaintop so we chose to dart into a little café for some wine. We waited for a while and the fog wasn't lifting. Not knowing what else to do, we decided to embark on the white-knuckled drive up the mountain with near zero visibility.

Moments from the top we broke through the fog and the sun shone. It looked as if we were on top of the clouds. With only a couple hours left of daylight we raced to the top and climbed the Guaita Tower. From there, we had a lovely view of the other two towers, Cesta and Montale, built to defend the city during the Crusades. 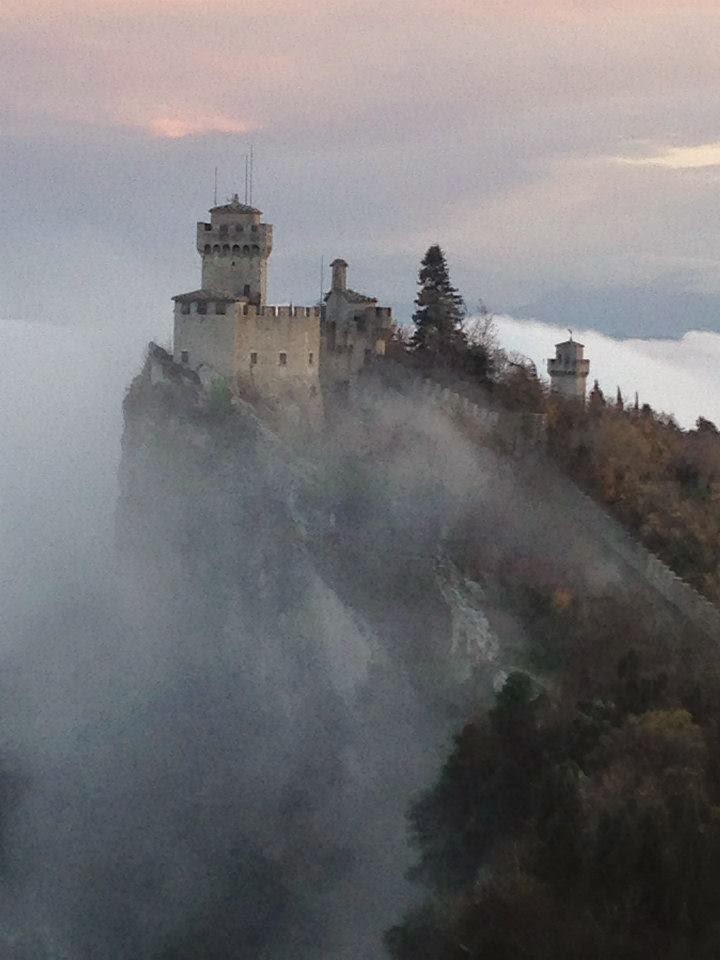