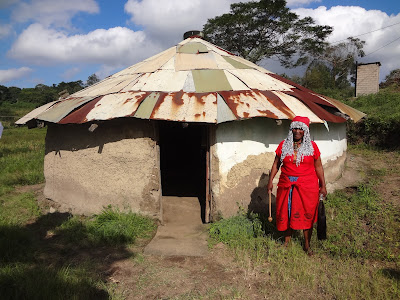 Eyes shut tight, quietly chanting, cloaked in a red dress with white beaded hair, the witch doctor sat cross-legged on the dirt floor across from me. It was just the two of us in a round cement-walled hut with a tin scrap roof. After a few awkward moments, her murmurs grew louder and she shook the chicken bones held tightly in her hands and tossed them on the ground in front of me.


"Ahhhh. Oh. Hmmm," she groaned, studying the chicken bone formation laid between us. "You will have a happy life. You will marry. You will have one son." She then peered up from the bones to gauge my reaction. I'm sure my expression was that of half terror half relief. I nodded silently. Seemingly pleased with my wide-eyed bewilderment with the local ritual, she then shouted, "now go!" I stumbled to my feet, brushed off my shorts, and quickly made my way out of the window-less hut and back into the sun.

I encountered the witch doctor in a small settlement called Valley of a Thousand Hills within Zululand. The Zulu Kingdom is a monarchy that was once independent but is now a province within South Africa.

While a guest in the Kingdom, I stayed in a traditional homestead with a Zulu family. The home belonged to a tender-hearted woman who hosted a bed and breakfast of sorts while caring for ten children. She took great pleasure in sharing the local customs and prepared several native dishes for her guests. The children at the homestead danced and sang, and enjoyed having a captive audience.

Outside the homestead, rounded cement huts dotted the landscape and barbed wire fences cut through the terrain. We walked up and over the rolling grassy hills as drum beats paced our steps. At the top of one of the hills, we came upon a group of people dancing. Dressed in animal pelts and adorned with feathers, a man was teaching a group of children a traditional Zulu dance ritual. The boys and girls ranged from young children to teenagers and were all intently focused on practicing the routine. While a leather-stretched drum set the beat, the children kicked their toes to the sky and tumbled on their backsides before bouncing up and marching on. They sang and shouted, and reveled in the applause from the passersby. As we walked on the laughter and music echoed through the hills.

The Zulu Kingdom is a hidden oasis steeped in rich culture, customs, history and rich food. The Zulu people are proud and warm-hearted. I enjoyed every second getting to know them and experiencing life from their unique place in the world. 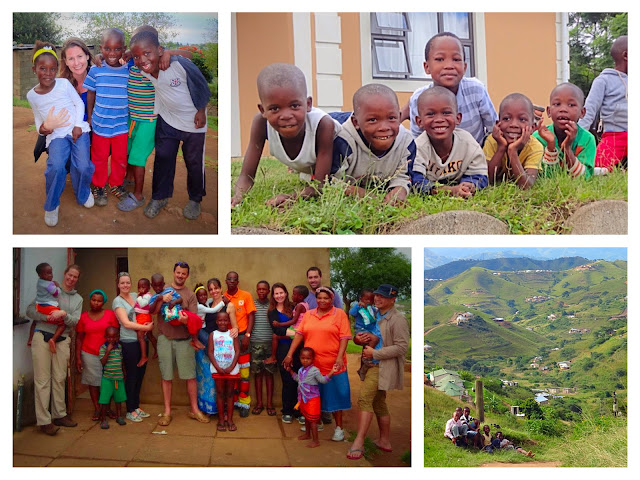 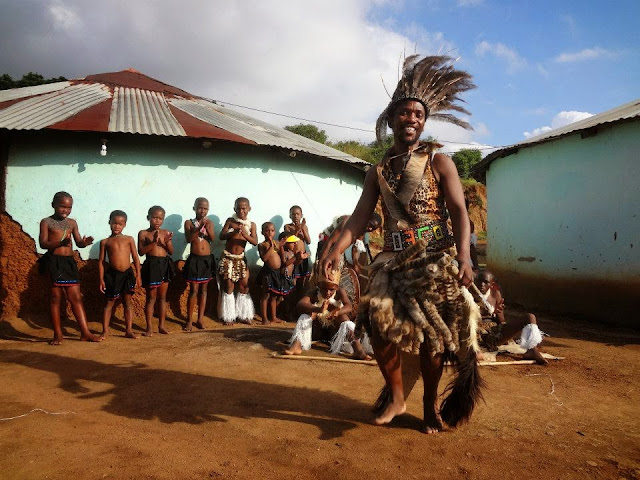