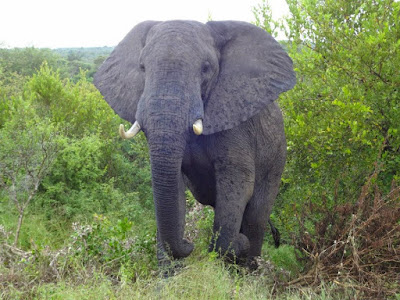 It was the first shower I'd taken in days. The air was hot but the water was cold. Although there were no working lights, the sun shone into the cement shower stall through a shoulder height cut-out: intrusive but comforting at the same time. I was mid shampoo-lather-rinse-repeat when I saw it intently staring at me from the opposing corner of the thirty by thirty inch stall.

I was showering with a scorpion. I calmly stared back. Slyly grabbing the hanging fabric swatch that I used as a towel, I ran like mad out of the shower hut and into the campground.

That's the kind of fun you can expect when camping for two weeks in Africa.

For what seemed like years, I had studied the world map and felt a void as I stared at the African continent. I wanted to go, but I was scared. I researched volunteer opportunities, but due to time constraints settled on a low-budget camping tour. The tour began in Johannesburg, South Africa, then took us overland to Swaziland before jumping the border to Ponta Malongane, Mozambique, and back to Zululand before ending in Durban, South Africa. Highlights of the adventure included safaris in Kruger National Park and St. Lucia Estuary in South Africa and Hlane Royal National Park in Swaziland.

Animals are neat and all but I wasn't overly excited at the thought of spending my coveted vacation time trucking through grasslands with the hopes of spotting some creatures far off in the distance.

Within just the first few minutes on safari I realized just how wrong I had been. Going on a safari is exhilarating. Action-packed, running from one edge of the jeep to the other, trying to get as close to the animals as possible without spooking them, all the while snapping hundreds of photos in an effort to get the perfect animal action shot.

Aside from that pesky scorpion, on safari I encountered giraffes, monkeys, zebras, African painted dogs and hyenas, and by boat, got up close and personal with some massive hippos. We also were lucky enough to spot four of Africa's "Big Five Game:" lions, elephants, cape buffalo and rhinos; the only animal that eluded us was the leopard. While undeniably intimidating, Africa is a diverse, enchanting continent and well worth a visit. 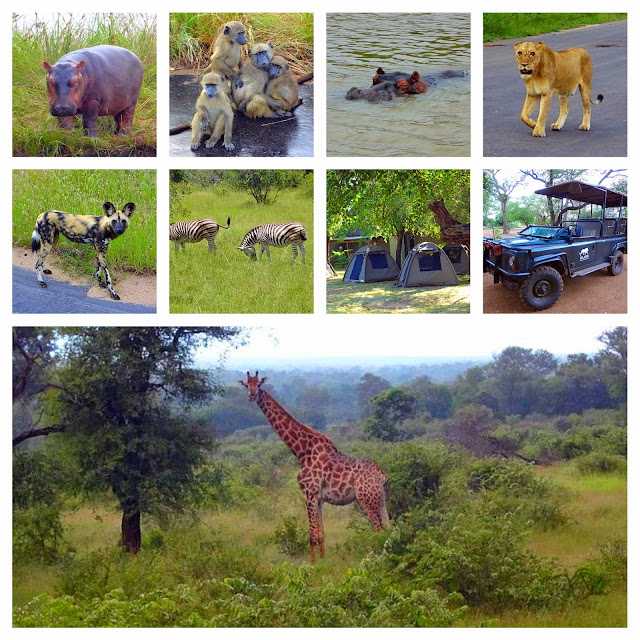