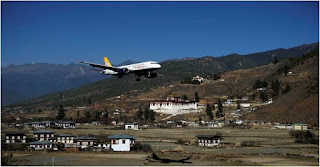 Paro, altitude 2200m, is a town and seat of Paro district in . It is also the home to the only international airport in the country. The flight to Paro is considered one of the most spectacular flight experiences in the world. While flying in and out of , one can see , , Makula and other high peaks such as Jumolhari, Jichu Drakey and Tsrim Gang.


After landing drive to a small, charming capital city nestled in the heart of the with a population of about 100,000 people. It is nothing like what a capital city is imagined to be. All houses and buildings are painted and constructed in traditional Bhutanese style. While in Thimphu visit the following before overnighting in Namgay Heritage www.nhh.bt: 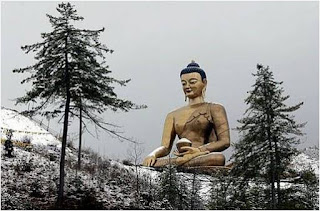 Morning visit the following places in and proceed to Punakha after the sightseeing: Punakha, altitude 1300m, served as the capital of during the time of Zhabdrun Ngawang Namkgyal, the founder of . Today it is the administrative and religious center of the district and the winter home of ’s Central Monk Body.


Start your morning by enjoying 3150m, with its panoramic views of the . The pass is decorated with 108 Druk Wangyel Chorten, which were built to celebrate the stability and progress, brought to by His Majesty Jigme Singye Wangchuck, the Fourth King.

In the evening visit a traditional farmhouse for an experience of an authentic Bhutanese lifestyle and the local hospitality. Here you will get to see the local Bhutanese way of living up close and personal. They are very friendly, would love to chat, show you around and share a meal with you. Spend the night here with the family. Overnight in Punakha Homestay. 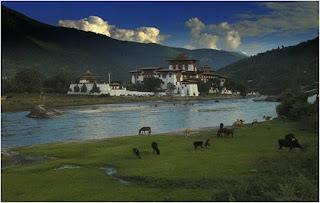 
’s most scenic icon or the most important landmark, Taktshang the Tiger’s Nest clings to the side of a steep cliff 300 meters above the Paro valley. The place was first visited by Guru Rimpoche, founder of the tantric form of Buddhism in Himalayan countries, in the 8th century. It was said that he meditated there for about three years. The original temple was built in the 17th century, but tragically, it was consumed by fire in 1998. Like a phoenix, the temple was rebuilt to its fullest glory in 2003. Takshang is considered to be the 10th holiest site in the Buddhist world. You can visit three different temples inside the main Takshang complex. Riding ponies provided upon request. Afternoon/evening: experience hot stone bath at Naksel. Overnight in Paro: Naksel Boutique Hotel and Spa www.naksel.com


Day 6: Departure: Paro
After breakfast, transfer to the Paro airport for departure.