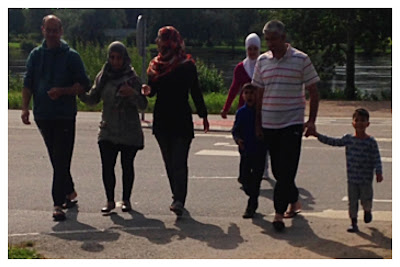 When my husband called and told me that Syrian refugees were moving in down the street, I was flooded with emotion. Feelings not of fear or uncertainty, but of excitement. We had watched the news unfold over the last several months and heard the heart-breaking stories of families being uprooted and masses fleeing their home country for safety.

When I learned that nearly 100 families were coming to the small town where we lived in southeastern Finland, I saw a once-in-a-lifetime opportunity: a chance to take a headline we had only seen on the television and read about in the newspapers and make it more than a fleeting story but to make it real and to affect change in the lives of those in need. So days later without a second thought, my husband and I, outfitted with bags of groceries and toys, visited the nearby hotel where we had heard the refugee families had set up camp. We were eager to welcome them to the small community where we were once considered outsiders but now call home.

According to the United Nations High Commissioner for Refugees, since the crisis began nearly one million Syrian refugees have requested asylum in Europe. In recent years, the country of Finland has accepted 1,050 refugees annually - many of whom recently are from Syria.

As we approached the former four-star hotel we noticed that both of the entrance drives were gated off and signs were nailed to the trees that read no trespassing. We looked at each other in surprise, then proceeded past the barricades through the snow-covered grass and to the front door of the hotel. Walking into the lobby we were met with a crowd of people sitting on chairs, steps and the floor; some smiled at us while others looked away. Upon asking if anyone could speak English, a black-haired man in a soccer jersey pointed up the stairs.

On the second level of the hotel was a restaurant where we found two Finnish volunteers scooping buffet food onto the plates of a line of people. Trying not to get in the way, we inquired about donating the items we had in our car and opportunities to volunteer with the refugees. Our questions were met with silence and puzzled expressions. "The Finnish Red Cross is managing this situation," we were advised coldly. "If you want to volunteer you must take a multi-day training class. No donations are accepted here." Far from the reception we were hoping for but none-the-less very Finnish in its statement of facts, we were then hurried out of the hotel with an email address for someone affiliated with the local chapter of the Red Cross.

Months passed and our attempts to contact someone at the Red Cross proved fruitless. Throughout town we would occasionally see women wearing hijabs and hear groups of people speaking in Arabic, but the refugee presence in our small town of less than 30,000 people was far less than we expected. With it being summertime, we hoped the warmer temperatures may have helped to thaw the frosty welcome the town's new arrivals most likely received ... so we decided to try again.

The sun shining now, there were no barricades surrounding the hotel, and we saw people outside chatting at picnic tables and riding bikes. Walking up the steps of the hotel, we were approached by two men. They greeted us with a smile. "My name is Muhammad. I'm from Baghdad," one of the men said. "Can you help me?"

He was looking for a job. We learned that Muhammad was a lawyer in Iraq, but since he came to Finland nine months ago with his two younger brothers, he was unable to find work. From talking with the men, we also came to understand that the hotel housed refugees from Iraq, Syria, Palestine and Somalia; most of whom did not speak English or Finnish and were having trouble acclimating.

Our conversation with the tattooed Finnish girl at the reception desk resulted again in an email address printed on a yellow Post-It note. She was noticeably uneasy about our unplanned visit and hesitant to provide us with information. As we once again turned around and left the hotel none the wiser, we shook our heads: How can it be so hard to volunteer or make donations in this country? What is the town's plan for helping these refugees learn English, find work and assimilate into the community? Will anyone return our email this time? 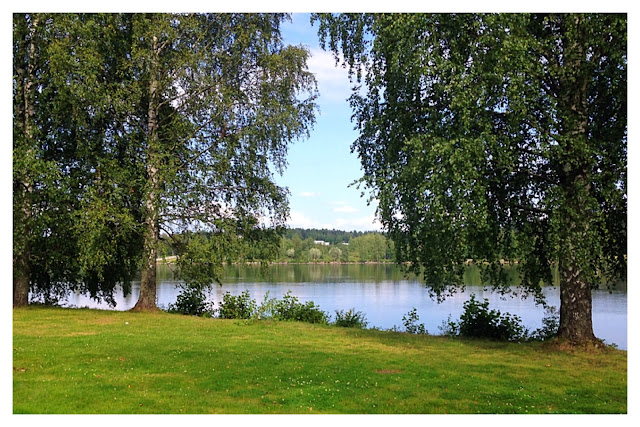