The World Reacts to a Trump Presidency - January 2017

2016 was an incredulous year rocked by tragedy, scandal and upset. But of the many torrid events, one will be remembered in perpetuity. 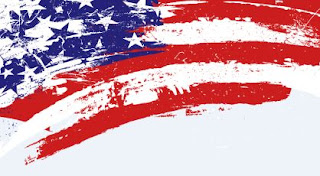 People around the globe have been fixated on the U.S. presidential election with its outcome having repercussions not only in the United States, but sending shock waves felt the world over. With the inauguration this week, I asked my friends living outside of the U.S. to share their thoughts on how a Trump presidency may impact them, their country or the planet.

Here is the world sounding off:

KENYA: "There's a fair bit of anxiety in Kenya and the continent at the moment. While Trump has signaled he will be going for a quid pro quo relationship if current trade, aid and other humanitarian assistance is to continue, many doubt he understands the complexities of modern day Africa. The continent is witnessing fast-paced development and a growing middle class is now hungry for luxury goods and other conveniences. In approaching the continent, he needs to understand that many are looking east more and more. I believe his presidency will see China's influence grow in Africa." - Wanjiku, 34

GERMANY: "Donald Trump is a ticking time bomb. His statements worry us and we are scared." - Alex, 37, and Christoph, 37

IRAN: "The people of Iran are hopeful. We are waiting for Trump to get rid of the Ayatollah. The former administration caused more suffering and suppression for our people. If there is no real threat of war, our dictator can relax and escalate bullying in and out of the region. Dialog doesn't work with murderers who use religion to promote their agendas." - Mehrdad, 37

AUSTRALIA: "I'm completely freaking out about the Trump presidency. Combined with Brexit and the upcoming French and German elections, it feels like we're on the verge of World War III. If that happens Australia will be forced to choose between our Commonwealth (the U.K.), our Asia-Pacific neighbours, and our big brother and best friend, the U.S.A." - Amy, 36

UNITED KINGDOM: "People worry about the big red button and all the harm he will do but Trump isn't a dictator. He can't really go ape and get away with it without approval. Yes, he's appointing like-minded folks and is going to make changes, but don't we always hate change?" - Jason, 38

MEXICO: "It is still unknown what [Trump's] actual official policies will be but I can anticipate a good level of hostility towards us in one form or another. I will personally avoid the U.S. for a while until its government establishes a clearer position on foreign policy ... and by the way, that wall will never be constructed!" - Roberto, 35

PAKISTAN: "I was a big fan of 'The Apprentice.' Trump is not the idiot that he pretended to be during the campaign. He was playing everyone. He is a very sharp guy in disguise. I think he will be good for the world politically; the U.S. will hopefully mind their own business since his main focus will be on the American economy and his own wealth. As far as him being against Muslims, lol, he was just being a politician to win the votes of white conservatives. He's fooled the whole world!" - Imran, 36

CHINA: "Trump being elected president is an absolute joke. How could a business person be elected president? The Chinese government is now waiting to see what his attitude towards our country will be. Right now we aren't seeing anything in the Chinese media illustrating Trump's policy on China." - Kevin, 34

MALTA: "I think Trump will inspire a lot of right-wing Maltese people to take a stand to 'make Malta great again.' This makes me sad." - Luca, 25

ARMENIA: "Trump is very unpredictable and slightly mad. If he keeps his ties with Turkey, like Obama, it won't be good for Armenia, but if he improves relations with Russia and recognizes the genocide, it would be great for our country." - Elena, 37

TURKEY: "I feel it may be problematic to visit the United States after he takes over. I believe immigrants in the U.S. will have more pressure when extremist attacks occur in different parts of the world." - Olgun, 30

JORDAN: "I was relieved when Trump won. To us in Jordan, Clinton represents the establishment and a war was inevitable. It's time for the common, good Americans to have their voice heard. Trump is not my best choice but he accomplished the mission by cutting off the mainstream establishment." - Nizar, 50

BRAZIL: "We all know that water is the new petrol. Climate change is a reality which amazingly is denied by Trump. I wonder if he will raise his military power against Brazil and Argentina due to our supply of running water. I heard last week that the U.S. is building a military base at the Iguacu waterfalls. If that is true, I pray for God to help us as our water may be endangered." - Rodnei, 38

ESTONIA: "Based on where Estonia is located and how angry European and Russian relations have become, it's going to be playing with fire. Not sure how Trump will work with Estonia's female president and if he'll ignore NATO being needed to secure borders with Russia." - Helju, 58

RUSSIA: "The U.S. should stop thinking that their internal affairs are so influential that they can change the world." - Daria, 33

PHILIPPINES: "We need a reality check. We're all living in our own bubbles. No one noticed the angry old man in the street. Hence, Duterte, Brexit and now Trump." - Mia, 43

THAILAND: "This is the first time I've seen Americans fight each other. Trump brings conflict and war. He will also bring back some business to the U.S. instead of expanding production in Asia or Thailand. This means that the U.S. dollar will strengthen in Thailand and cause a low volume of imports." - Kannika, 64

ISRAEL: "We've been very disheartened with the past administration and disappointed in their lack of support for Israel. Trump's disapproval of the recent U.N. resolution gives our people hope that the future U.S. administration will be more favorable." - Charles, 54

CANADA: "I fear that [Trump's] reactive, myopic and egotistical approach will lead to global economic disruption with the result being a deepening gap between rich and poor. Canada needs to maintain a neutralizing position and Trudeau has the opportunity to demonstrate real leadership if he can make things work. The optimist in me feels the best case scenario is that [Trump] continues to make errors in judgment so that [the U.S.] can quickly build a case to impeach him." - Tamara, 42

FINLAND: "[Trump] is like a teenage boy getting a driver's license and his first car. Anything can happen! If Mr. Trump copes well with Mr. Putin and the economical sanctions towards Russia are stopped, Finland will get a lot of benefit." - Vesa, 59

RUSSIA: "I am curious to watch how this rather unprofessional-looking type will rule a country like the U.S. Does he really have as much power as people think? If he starts doing bad things, Americans will be able to stand against it. They have a long history of fighting for their rights and freedoms, unlike Russians, and I hope they have not lost that skill." - Anna, 31

CAMBODIA: "If the new president keeps playing games with China, my country will be affected. My government is in strong support of One China." - Peou, 44

PORTUGAL: "It's certain that Trump's presidency means a step back in the fight against climate change globally. World peace and stability is a wildcard at this point, but Portugal is usually a neutral country and I don't expect it to be affected in any particular way." - Octavio, 39

INDIA: "The new president wants to focus on jobs for Americans which means more insourcing rather than outsourcing. This could have huge impact on business being carried out by U.S. entities that have centers in India. One thing that could work in India's favor, however, is that [Trump] doesn't like China and they are currently our largest competitor and threat to India-U.S. trade." - Karthik, 38

THAILAND: "Trump is not the right man for the U.S. presidency because of his uncompromising personality. The U.S. may lose their political alliances because of his meager political experience. The U.S. will confront huge problems both inside and outside of their country." - Manit, 76

COLOMBIA: "Trump will change global geopolitics in that there are many issues that leaders will not take seriously and will affect relations. The important thing is that he be well-advised and the advisers forget their partisan disputes. Countries like Colombia and many in Latin America are not important to the U.S. and I don't think that will change." - Diego, 38

ICELAND: "Our country is focused on Trump - even the smallest things he does hit the news. Some speculate Trump and Putin will have their first meeting here in Iceland. I'm not excited about it; I think it'll be a circus." - Reynir, 51

TANZANIA: "Mr. Trump seems inclined to launch nuclear war. He thinks he can run a country like he has been running his personal business. U.S. citizens need to find a way to trim his erratic thoughts before he puts them into action. If not checked he might turn back all the good efforts intended to make the world better." - Switbert, 59

IRELAND: "I'm scared! The might of the American army under that man's control and his loose, poorly-chosen words could case consternation and unrest around the world." - Conor, 37

CHINA: "Having Trump as president is like the whole world playing Russian roulette. As a 70-year-old battle-tested businessman, he has picked up some bad habits. He will have to learn to treat other countries with respect otherwise there will be no happy ending." - Fiona, 28

ESTONIA: "I hope Trump will fix relationships with Russia and the world economy will start to grow again. He is a businessman and must know these things easily." - Kairi, 40

RUSSIA: "I assume that with Trump as president the U.S. and Russia will fight less." - Tatiana, 34

THAILAND: "I worry about corruption similar to what we've experienced in Thailand because Trump is a businessman. The Thai economy may be affected due to a decreased tax duty in the U.S. on domestic products. This will encourage cash flow and trade in the U.S. but many other countries will suffer in terms of profits." - Krerkwich, 37

UNITED KINGDOM: "The morning I woke up and found that Trump was to be the next president of the United States I was in the same shock as following Brexit. I feel that both results were heavily influenced by a disillusion with mainstream politics and maybe an apathy towards what the world has achieved over the last fifty years. I do not think America will be any greater than it was before the election, and personally I think [Trump's] legacy will be a step backwards for the U.S.A. on the world stage." - Craig, 44

PHILIPPINES: "There's a lot of fear going around, but I want to see what really happens on 'day one' rather than listen to all the noise from the media, social media and even [Trump's] own Twitter account." - An, 43

Today is "day one" and now the United States and the world will have a front row seat to the inner workings of a Trump presidency. No matter what side of history you are on, the world has greater hope if you take the time to see it differently through someone else's lens.
Posted by Kimberly Leupo