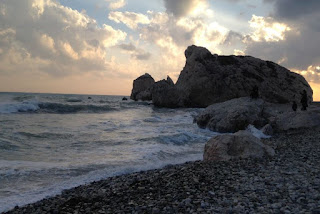 Located precariously in the Mediterranean Sea off the coast of Syria, the island of Cyprus probably isn't top of mind when considering your next holiday destination. The ongoing conflict there has resulted in the island being divided between the Greek-influenced Republic of Cyprus and the Turkish Republic of Northern Cyprus.

Currently the Russians and Brits have a lock on the island as a warm-weather getaway, but in case you are curious, here's what we learned during our recent weekend adventure:

History. Civilization on the island has been traced back to the 10th millennium BC. Archeological remains can be found in various areas along with some of the oldest water wells in the world. Cyprus is referred to as the birthplace of the Greek Goddess of Love and Beauty, Aphrodite. While on the island it's possible to visit her birthplace on the coast (pictured above) as well as the ruins of her ancient temple (pictured below.) Additionally, the entire town of Paphos is a UNESCO World Heritage Site where you can view the world's best-preserved Roman mosaics. 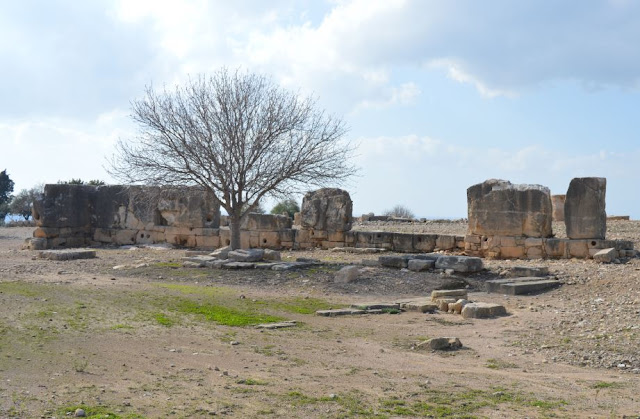 Conflict. The divided island is home to the only capital in the world belonging to two nations; Nicosia is separated by the "Green Line," or UN buffer zone, with an armed checkpoint on either side of the border. We learned a good deal about what is referred to as the "Cyprus Problem" that has been going on since 1974 upon our visit to the Turkish Republic of Northern Cyprus.

Epiphany Day. During our visit, we witnessed the festivities around Epiphany Day, or Three Kings' Day, where Greek Orthodox Cypriots perform the Great Blessing of Waters. As part of this annual ritual, clergy and parishioners march to the nearest body of "living water" to perform the blessing. Following the ceremony, a Priest casts a golden cross into the waters. The volunteer who is first able to sieze the cross receives a special blessing for himself and family. 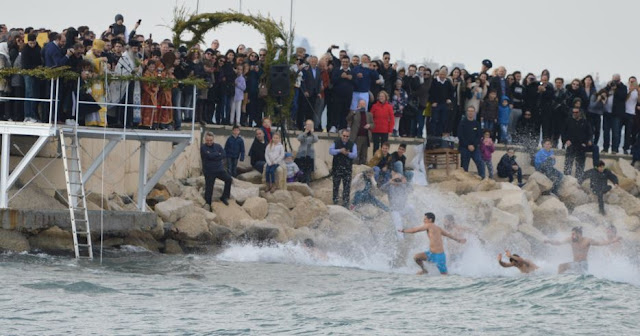 Cyprus is also known for its wine production and brags the oldest label in the world: "Commandaria" dating back more than 5,000 years. If you do choose to swing by the island nation for a visit, be sure to stay to the left when driving and try your best to spot the elusive local sheep, the Cyprus Muffon, which are a distinct breed found only on the island.
Posted by Kimberly Leupo