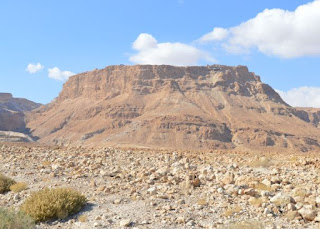 While visiting Israel, Masada and the Dead Sea are destinations not far from Jerusalem and Tel Aviv that are well worth the stop.

Towering over the Judean desert on a rock plateau, Masada is a spectacular fortress built by Herod the Great between 37 and 31 B.C. Home to several magnificent palaces, Masada earned notoriety after the First Jewish-Roman War.

According to the biblical story, Jewish rebels who escaped war-torn Jerusalem found refuge on the rock mountain and formed the last stronghold against the Romans. The zealots survived for some time in the fortress before Roman General Flavius Silva led a siege by amassing a 375-foot rock ramp up the western face of the plateau in 73 A.D. Upon reaching the top and breaching the fortress of Masada, the Roman troops discovered the mass suicide of 960 Jewish men, women and children.

Accessible today by both foot path and cable car, the remains of the fortress are well-preserved and in many cases have been reconstructed. The most impressive structure on Masada is King Herod’s northern palace built on three rock terraces overlooking the gorge below. There are many other places of interest, such as the luxurious western palace, several Jewish ritual baths, storerooms, cisterns, watchtowers and a synagogue built into the casemate wall.

After walking through the ruins of Masada and learning of its tragic history, it seemed appropriate to spend some quiet time reflecting. Fortunately, fewer than 12 miles from the base of the plateau is the Dead Sea which provides the ideal setting for relaxation. Well-known for being one of the saltiest bodies of water in the world, the Dead Sea is ten times as salty as the ocean. It is also the deepest sea in the world with surface waters being 1,400 feet below sea level and its banks the earth's lowest elevation on land. The salinity of the waters create such an inhospitable environment that no plant or animal-life is able to flourish, hence its name.

Tourists flock to the Dead Sea to float in the waters and also to test the medicinal benefits of the salt and minerals found in the water and mud. To cater to the crowds, health spas and resorts line the beaches and countless stores sell products touting miracles. 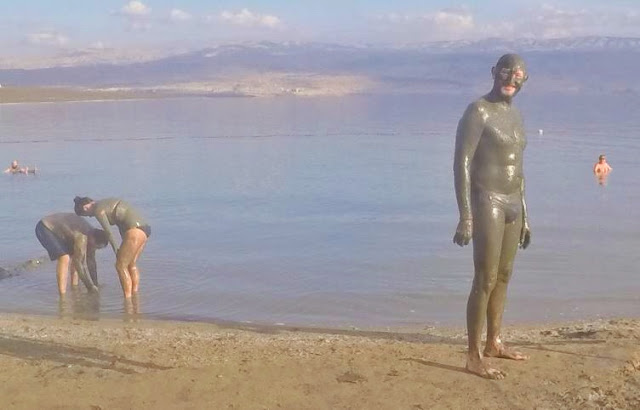 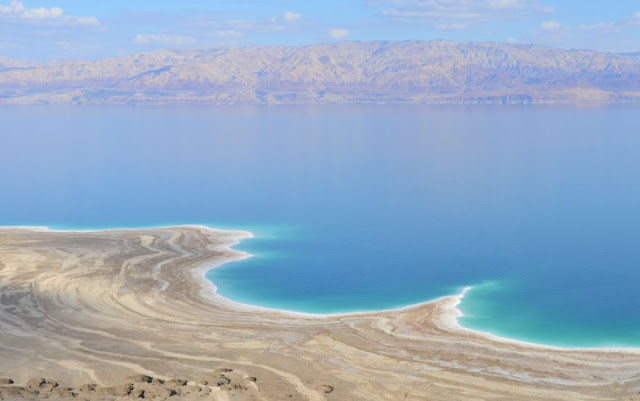