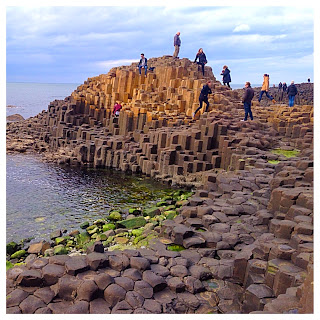 A long, long time ago, in a far away place, there were once two giants. Fifty-four-foot-tall Finn McCool roamed the lands of Northern Ireland with his wife, Oonagh, while his arch nemesis, Benandonner, lurked across the Irish Sea and taunted him from Scotland. Constantly at battle, one day Finn challenged Benandonner to a duel to prove who should forever reign supreme.

In order to meet his adversary face-to-face, Finn created a bridge across the North Channel crafted of enormous stepping stones. Finn crossed the mighty stone bridge and caught a glimpse of his colossal opponent. Intimidated by the other giant's size, Finn ran in fear. Benandonner relentlessly chased him back over the bridge.

Then, as legend has it, Oonagh met Finn upon his arrival home, disguised him as a baby and pushed him in a carriage down the road. When Benandonner saw Oonagh and 'the baby' he assumed it was Finn's child. Terrified at how gigantic Finn must be after seeing his baby, Benandonner retreated back to Scotland, tearing up the stone bridge as he went so that he wouldn't be trailed.

The tale of the Giant Finn McCool dates back to third century A.D. and provides some color to the impressive natural land formations that make up Giant's Causeway in Antrim, Northern Ireland. The area was formed by a volcanic eruption 60 million years ago that resulted in more than 40,000 interlocking basalt columns rising from the sea floor. Nearly all of the solidified lava columns are hexagonal with some reaching heights of nearly 40 feet.

James and I hiked around the Causeway, after navigating the nearby Carrick-a-Rede rope bridge which is suspended more than 100 feet above sea level and was first erected by salmon fisherman more than 350 years ago. Although the swaying bridge only spanned 65 feet, it was enough to make our hearts race.

That evening, to top off our dare-devil stunts, we spent the night at the infamous Europa Hotel in Belfast. The Europa Hotel has earned the reputation of being the most bombed hotel in the world, having endured 28 bombings between 1969 and 2001. During that time, known as "The Troubles," more than 3,500 people were killed, 2 percent of the population, as a result of the conflict in Northern Ireland. Disturbingly, the day before we arrived in Belfast a bomb was discovered in a park and luckily was retrieved before an incident occurred. 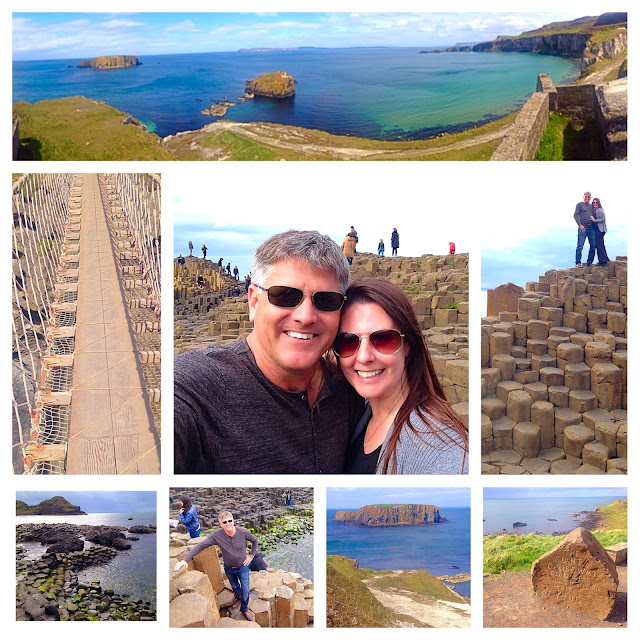