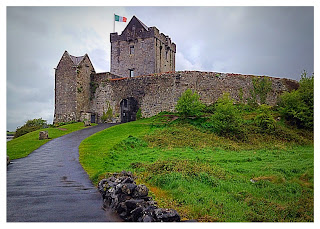 Sheep grazing lush green grassy hills, rain sprinkling down from ominous gray clouds and our tiny red sedan bouncing off the left roadside curb ... 2015 Irish Road Trip. In a handful of days we circled the island clocking more than 1,300 kilometers or 800 miles. The soundtrack for the adventure was Gaelic rock with lyrics heavily focused on drinking, fighting and dying. Songs like "The Night Pat Murphy Died, "The Spicy McHaggis Jig," "Seven Drunken Nights," and my favorite "Mary Mack" by Makem and Clancy.

Imagine the following rapid, rhyming verse sung by a drunken rocker with an almost incoherent Irish accent: "Well this little lass, she has a lot of class; Got a lot of brass, and her father thinks I'm gas; And I'd be a silly ass for to let the matter pass; Her father thinks she suits me very fairly."
Beginning in Dublin we headed south to Cork, where we kissed the Blarney Stone, drank a few pints and trekked up the western coast to the Cliffs of Moher. Fighting the rain and trying our best to keep on the left side of the narrow, stone wall lined roads, we zagged up and down Cork Screw Hill and dodged crazed cyclists, dogs and long-eared hares on The Wild Atlantic Way.
Pulling over for photographs of the centuries-old castles and climbing locked gates to investigate ancient church remains and cemeteries, we continued up the western coast and back inland. We spent an afternoon exploring the northwest county of Donegal before crossing the border into Northern Ireland. We darted in and out of Belfast and up the eastern coast, and then looped back to Dublin to end our Irish country tour. Although we set our gaze on a rainbow, regrettably sampled blood pudding and enjoyed an Irish jam session in a local pub, we didn't spot any leprechauns or pots of gold. Looks like we'll have to go back!
﻿ 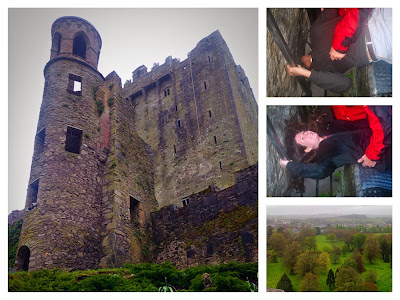 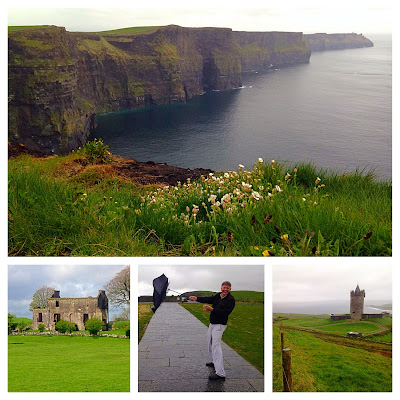 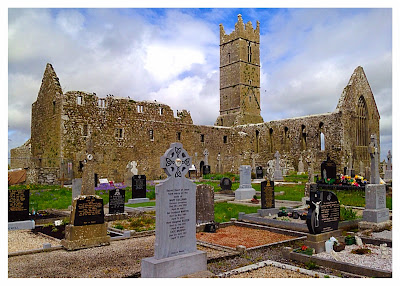