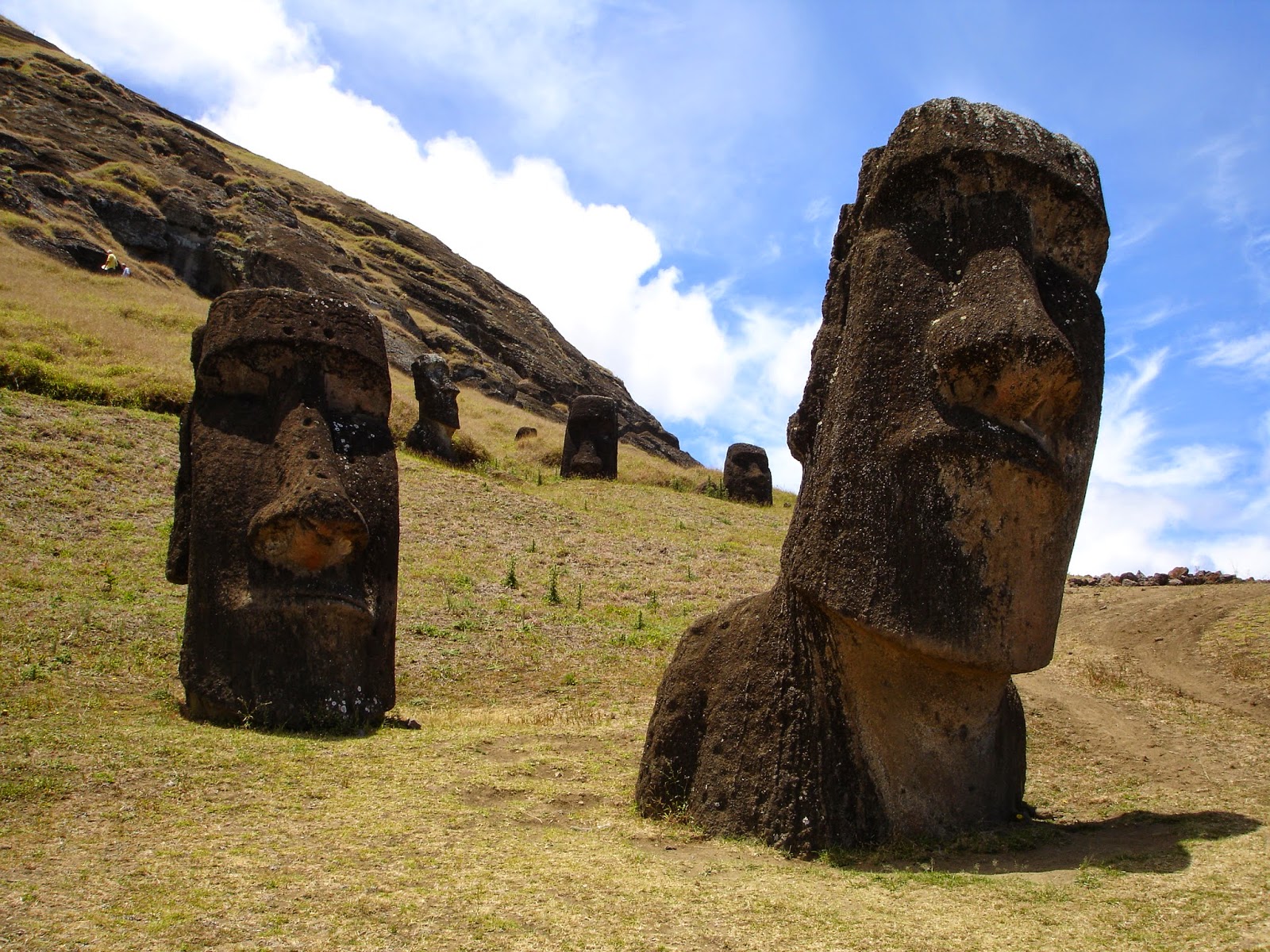 Thirty-foot tall stone moai stare down on those below holding secrets yet to be shared.

Easter Island, referred to by the locals as Rapa Nui, was given its name by a Dutch explorer who landed on the island on Easter Sunday 1722. The small island has a population less than 6,000, and is technically a territory of Chile. More than 2,000 miles away from the South American continent, Easter Island is one of the most remote, inhabited areas on the planet.

Several of Easter Island's 887 moai statues weigh nearly 80 tons and the majority are carved from compressed volcanic ash. It is thought that the moai, constructed between 1250 and 1500 A.D., represent ancient Polynesian ancestors and were powerful religious and political symbols.

There are many theories as to the development and movement of the monolithic stones that govern the 62 square mile island landscape. One thought is gods willed the statues to their spots and situated them with their backs against the ocean eyes gazing inland to watch over the villagers. Another belief is that the large headed, legless monuments were moved from the stone quarries using wooden sleds or cleverly-constructed rollers. But the most popular theory is that through the might of more than a hundred men, the moai were transported using rope and a rhythmic rocking and pulling motion at a rate of around 300 feet each day.

The few days that I spent exploring "the navel of the world" were humbling. This tropical paradise with its vast volcanoes, wild horses and untouched beaches was the perfect locale to relax and daydream about the history of the mysterious moai and the secrets they held. 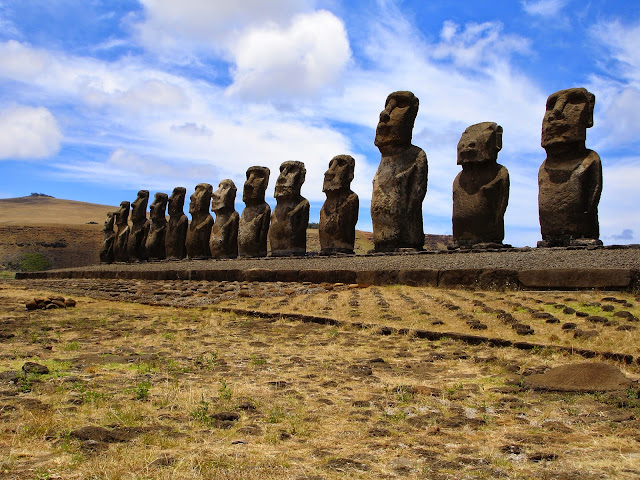 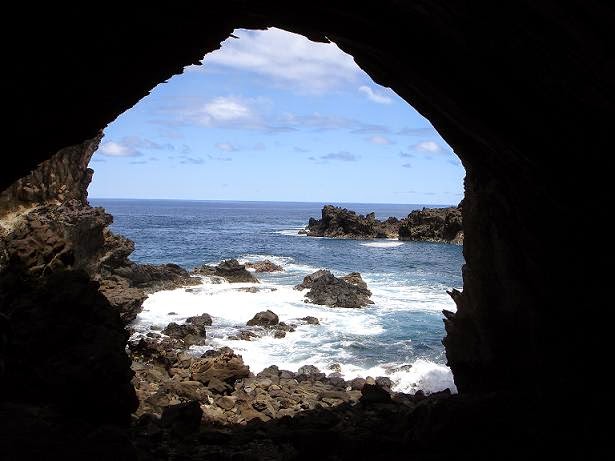