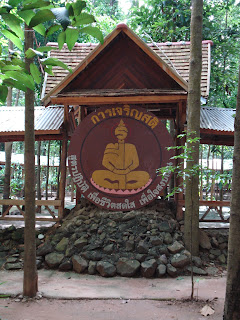 If you are wearing red panties, steer clear of the monastery.


Unfortunately I learned this lesson the hard way as a five-foot-tall nun slapped my backside and scolded me in front of dozens of bewildered monks during morning prayer. I had signed up to volunteer for three weeks at a monastery in the Loei province in northeastern Thailand near the town of Nong Khai. The arrangement as it was explained to me was that I would teach monks English in exchange for accommodation, food and meditation lessons. Sounds like a rewarding and enriching few weeks, right?

Well, unfortunately the adventure didn't go quite as planned. After a grueling 14 hour bus ride from Bangkok, I showed up at the monastery grounds only to be told that these monks were forbidden to talk to women - an important fact that would have been good to know prior to paying for the privilege to volunteer.

Despite the ripple in plans, I was informed that I could still stay at the monastery so long as I helped the nuns with the daily chores. I was shown to my room which was a 6 foot by 6 foot dirt-floored wooden hut. June in Thailand is hot. Reaching upwards of 100 degrees Fahrenheit and with potentially malaria-juiced mosquitoes buzzing around, the fact that the windows were cut-outs with no screens was concerning. Even more concerning was the blue bucket in the back that would be both the toilet and shower.

After being shown my living quarters, I was advised of the strict daily routine. Wat Nuen Pananao Monastery was a classic Buddhist temple with a disciplined focus on solitary meditation and spiritual enlightenment. Wake up each day was indicated by a loud gong strike at 4 a.m. sharp. After the morning prayer ritual where we knelt on the floor repeating chants, the orange-robed monks would venture into the nearby forest village knocking on doors to collect leftover food. Meanwhile the nuns, dressed in white from head to bare feet, would tend to chores. Arriving back with baggies of scrap, the monks meditated while the nuns prepared the food. That one meal served precisely at 10:30 a.m. would be the only food eaten all day. After all of the monks ate and left the area, the nuns were then permitted to scavenge the remains. The rest of the day at the monastery was spent in meditation and quiet reflection. Sometimes walking. Sometimes sitting. Speaking softly only when absolutely essential.

In addition to embracing the daily routine, I learned a few practices critical for survival at the monastery:
I wish I could say I enjoyed the three weeks at the monastery and experienced a spiritual awaking, but due to the unbearable cocktail of heat, mosquitoes, early wake-ups and bum-spanking nuns, I sadly lasted only 72 hours. 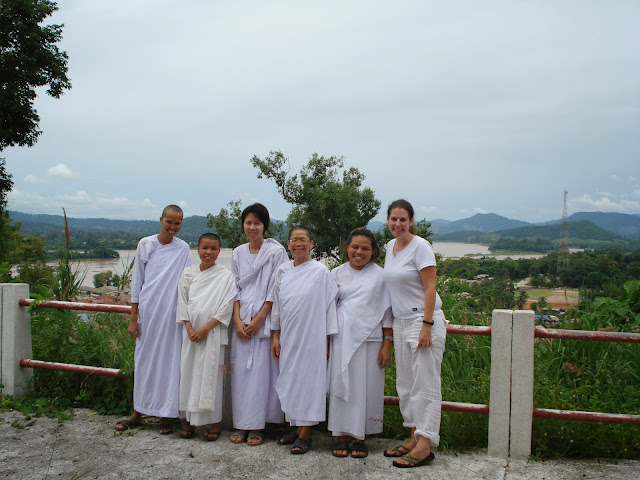 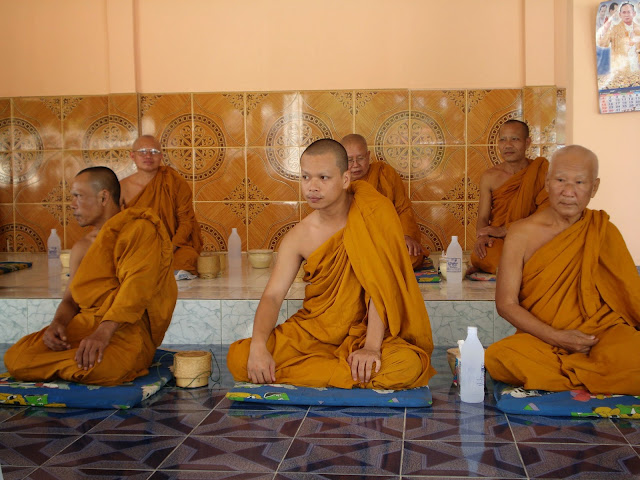