The town of Imatra is situated on the 61st parallel in the southeast corner of the country of Finland. A couple hour drive from the capital of Helsinki and a stone's throw from Russia, Imatra is a quiet little borough touted by many as the safest place in the world. And according to the tourist bureau, 100% of the people in Imatra are happy.

Climate. High temperatures in the summer hover around 70 degrees Fahrenheit with lows in the winter months dipping well below zero. A local explained, "it's never cold in Finland; there are just people who dress improperly." Despite the temperature or falling snow, sleet or rain, every day you'll find mothers pushing baby carriages while they jog the trails, bike riders circling the lake and hearty souls using kick sleds to collect their weekly groceries. It's required that vehicles have snow tires during the winter months and also wise to outfit yourself with studded footwear and several layers many months of the year. In addition to the temperatures, the hours of daylight fluctuate greatly with only a couple hours of light in the winter and by contrast only a few hours of dusk in the summer. 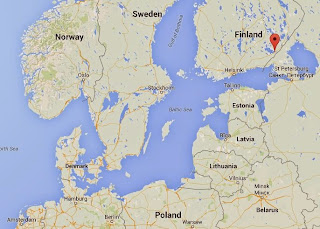 The Locals. The Vuoksi River runs through the town of Imatra and is fed by nearby Lake Saimaa. According to the Finnish, you aren't considered a local until you jump into the Vuoksi River during winter. Icy winter swimming is called 'avanto' and locals take a dip two to three times each week for good health. If you aren't yet ready for a frigid plunge, other recreational activities regularly take place on the waters around Imatra such as fishing (ice and thawed), boating, swimming and walking the trails.

Finnish Language. Speaking the Finnish language is considered a superpower by many. Some Finnish words run the length you would expect of an English sentence and the pronunciation can be quite tricky. When in doubt, the correct answer is "yo." Yo can be "yes," or "no" or "I understand" or "hey you" all based on how you throw it.

Russian Invasions. Imatra is a border town with Russia and therefore lends itself to weekend invasions. With more than 2.5 million visitors each year, Russians cross the border to shop for food and home goods, while the Finns head to the other side for inexpensive petrol and alcohol. Just over the border in Russia is the town of Svetogorsk. The town and its prized paper mill were a part of Finland until border lines were redrawn after World War II.

Local Food. Typical food in Finland includes reindeer steak, salmon and mushroom soup. A longtime tradition in Finland is to marinate lamb in brine for several days and cook it for six hours in birch wood. Cakes and pastries are also popular with the local Karelia Pie being comprised of a thin rye crust with a rice or potato center. As a rule Finnish food doesn't contain much, if any, seasoning or spice, and it's not standard to find salt and pepper on the dining table.

Social Establishments. With a population of just under 28,000, Imatra has a cobblestone town center lined with shops and restaurants. Poplar eateries in town include Buttenhoff, Rosso and a handful of Middle Eastern kebab joints. There is also the small corner Kuohu bar which hosts outdoor disco parties in sub-freezing temperatures and curling competitions.

Grocery Shopping. There are no less than five grocery stores in Imatra each with their own specialty. Expect to spend more than thirty minutes in the store even if you are only on a mission for bread and milk. Shopping carts are available by token and plastic bags for a price. You can buy herbs so fresh they are potted in soil and see a fish selection so vast you'd think you were in a nature museum.

Sauna. Enjoying the steam room is a habitual pastime for the Finns with many having saunas in their homes. Proper etiquette includes: forgetting your bathing suit, showering first, closing the door, sitting on a towel, avoiding eye contact and conversation, and refraining from spitting on the rocks ... when in doubt, the Finns have a saying that advises you to "behave in a sauna as you would in church."

Traffic Enforcement. Speeding and minor traffic violations are kept in check with photo-snapping street cameras. Be warned that as with many penalties in Finland, speeding tickets are tied to your annual salary and you could end up paying a couple thousand Euro for going 10 kilometers over the limit.

The Haunted Castle. With a breath-taking view of Imatra's most popular attraction, the river Vuoksi rapids, the Valtion Hotelli has been standing on the river banks since 1903. After serving as a military hospital for a brief period, the medieval knight's castle hotel is now one of the most popular and most-photographed places in Imatra. While visiting the hotel, be sure to say hello to the Grey Lady. The young Russian newlywed who sadly threw herself in the river now haunts the famous hotel where she and her unfaithful husband once honeymooned. She is a pleasant spirit wandering the halls and wishing the hotel guests well, but also helpful. During the cover of night, the Grey Lady often assists the hotel staff by arranging the chairs in the restaurant in perfect lines. 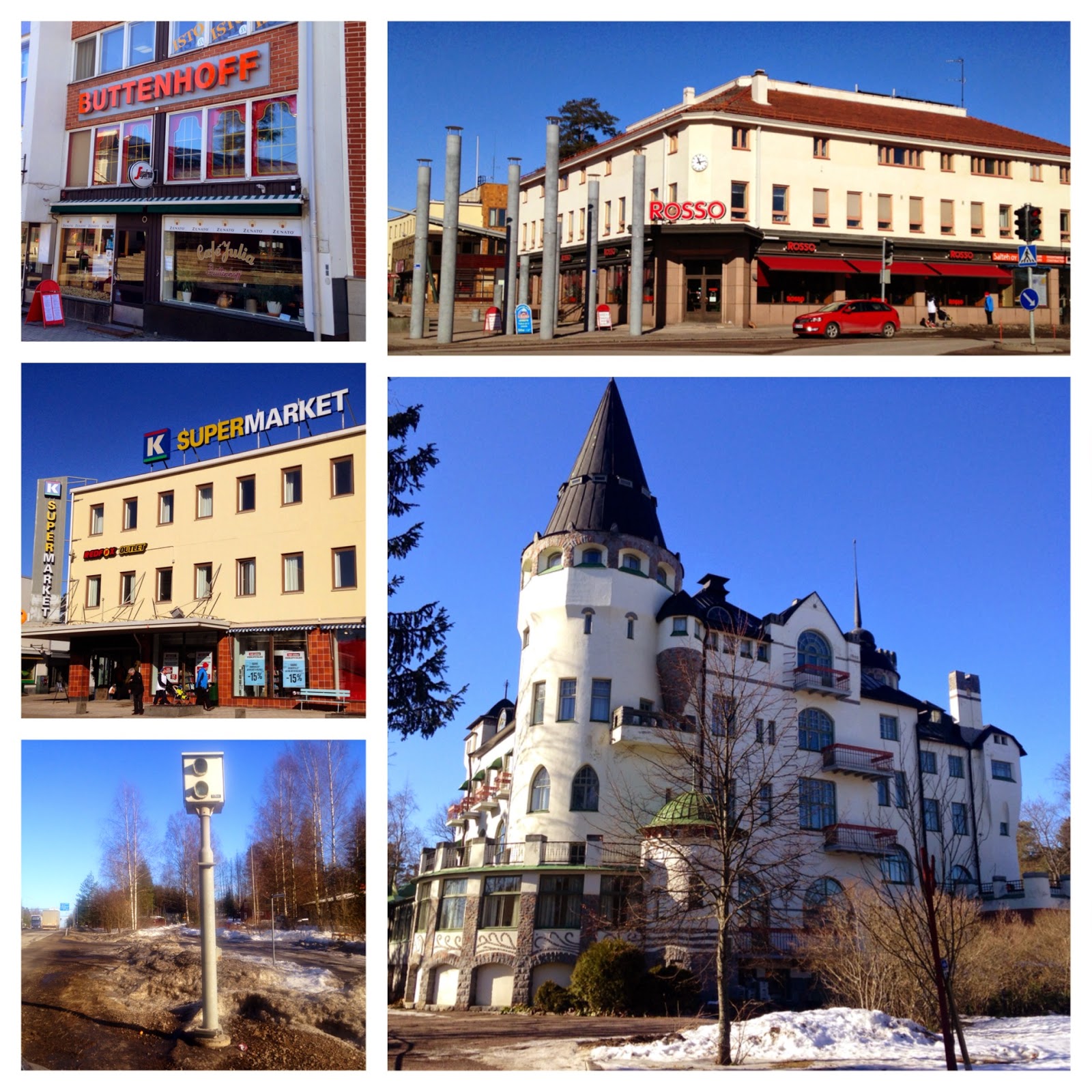