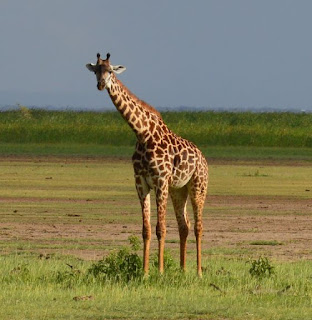 With Arusha town behind us, we drove past fields of sugar cane, rice and banana trees. From the car window we saw small towns with shops and circular thatch huts surrounded by tall grass. We watched as women dressed in brightly-colored fabric carried pots and sacks on their heads with babies strapped to their backs, and as young Maasai boys herded cattle across the road and through the hilly grasslands.

While Lake Manyara is home to a number of different bird and animal species, it was hard to travel more than a few yards without encountering zebra.

Zebras tend to live in small harems to large herds, and have been unable to be tamed due to their inability to carry goods and panicked temperament. We learned that a zebra foal is born with brown and white stripes which darken as the animal ages; each zebra's black and white stripes carry a unique pattern much like a human fingerprint. 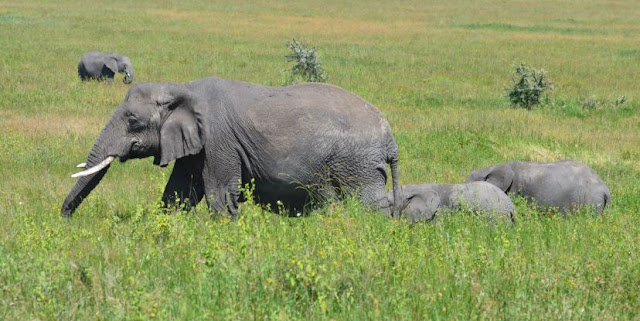