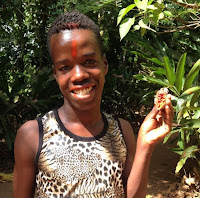 Just outside bustling and congested Stone Town is an island filled with fruit and spice trees as far as the eye can see. During our visit to Zanzibar we spent a day exploring a spice plantation owned by a small local community.

We were escorted to a village about an hour away from Zanzibar City. Upon arrival we were greeted by two young African boys: one would be our tour guide educating us about the plants, and the other would be responsible for providing us samples of the fruits and spices we learned about along the way.

Being from the southern United States, our vision of a plantation was a vast property covered with orderly crops typically with a large house in the center. On Zanzibar the concept of a plantation is very different; the plantation we toured appeared more like a protected and well-cared for parcel of land in which trees, vines and grasses grow freely and abundantly in harmony with each other.

As we walked the dust-covered trails used to survey the grounds, the smell of sweet fruits and savory spices seduced our senses. One of the boys made a basket from banana leaves and provided it to me so that I could collect the fruits, seeds and bark we studied throughout the tour.

Walking through the plantation with thick canopies of leaves hanging over our heads, we were shown a flowering peppercorn vine and learned there are four kinds of pepper spice: black, white, green and red; the color of the pepper spice depends on when the peppercorn was harvested and how it was dried.

We touched trees baring fruit, bark, leaves and seeds from which the locals harvest and produce spices like vanilla, nutmeg, turmeric, ginger, cocoa and cardamom. The lemongrass bushes were my favorite emitting a citrusy aroma that naturally repels mosquitoes. As we wandered the tropical forest, we were introduced to the queen of spices, the cinnamon tree. The cinnamon tree is highly regarded as every part of the tree produces an edible product from its root to its bark to its leaves.

We learned about the islands' clove industry which has been a significant export for the islands for the last 150 years. While the clove buds are maintained and harvested by the local villages, the Tanzanian government has strict laws that govern the crop and result in the farmers seeing less than half of the profit yielded on an open market. Despite the challenges, cloves still retain their title as king of all spices and bud abundantly on trees throughout the Zanzibar archipelago.


Along the way, we also encountered trees and vines bearing watermelon, star fruit, bread fruit, mango and banana. The plantation workers were eager to share the fruits and would climb to the top to pick the freshest variety for us to sample.

At the end of the two-hour tour, we were gifted with head pieces and jewelry crafted from banana leaves, and also had the opportunity to sample several of the fruits from the plantation and buy spices to take home. Lotions, oils and soaps were also on site for purchase made from the local plants and crafted by the villagers. 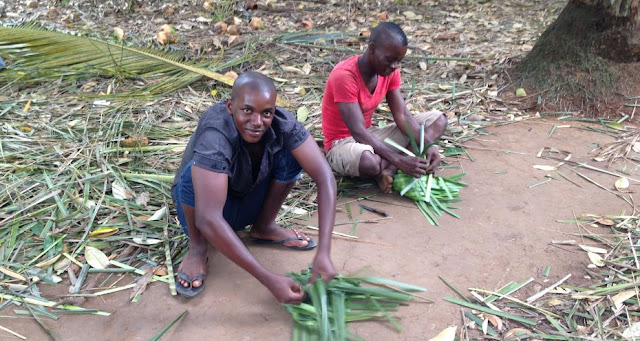