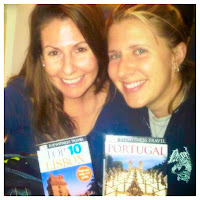 Did you know that 50% of the world's cork supply comes from Portugal? Yup, it's the country's number one export.

With free-flowing wine beckoning us, four years ago, my bestie and I embarked on a week-long exploration of new territory (to us, at least!) … Portugal. After quizzing my European colleagues, I found that Portugal beaches were a hot spot for many Northern European travelers. Convening on our layover in Philadelphia, Ms. Leupo and I boarded our direct flight to Lisbon.

Despite a rough flight with inclement weather - I’ll spare you the gory details - we powered through the Lisbon airport to the bus station to catch a ride to the beach town of Albufeira in the Algarve region. The Algarve is the southernmost region of mainland Portugal and covers an area of about 5,000 kilometers.

After a long, hot and rather smelly bus ride, we checked into our beachside resort and enjoyed its beautiful pool. With typical September weather around 80°F, sunshine and a breeze, we set out to trek the coast. Beautiful (and packed) beaches with bronze bodies rolled in the distance. The hills made it look like you could see for miles. After walking a few minutes, we found the “Old Town” Albufiera. Lined with bars, restaurants and vendors, we knew we were in the right place as we observed many groups of tourists from the U.K. Old Town Albufeira is a happening spot, due to its coastal location and several miles of pedestrian walkways. While in the south, we also spent a day in the picturesque beach town of Lagos.

After some much-needed rest and relaxation by the ocean, we traveled by bus back to the capital, and largest city, of Lisbon. Our new home base, we set out to see what Lisbon had in store. A day bus trip took us over the hilly, cobblestone streets of downtown and to the sites of the:
We also day-tripped to the coast again to see the beautiful cliffs and towering cross of Cabo da Roca - the western most point on mainland Europe after visiting the town of Sinta. Guarded by the Castle of the Moors on an overlooking hilltop, Sinta is a UNESCO World Heritage Site containing several unique attractions including a grand palace often used as a summer home for Portuguese royalty.

Our week in Portugal was the perfect blend of beach, cocktails and exploration. It's hard to believe the trip was four years ago, I'd say it's about time to start planning our next adventure! 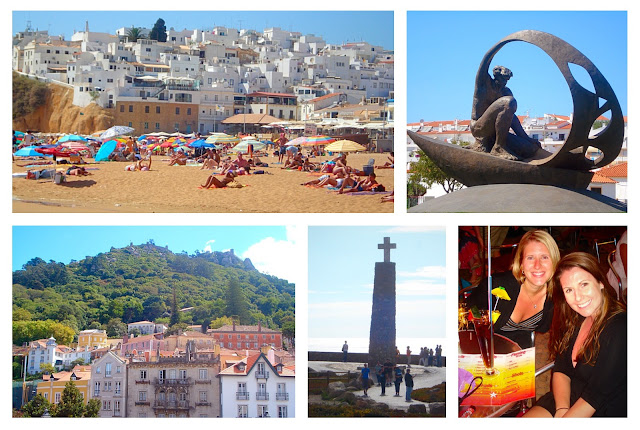