Valencia, Spain: Our Search for the Holy Chalice - August 2015 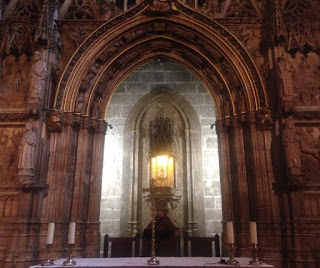 Our search for the holy chalice ... is over. We found it. While I didn't actually know we were looking, we found the cup from which Jesus allegedly drank during the last supper in a magnificent cathedral in Valencia, Spain.

According to the Bible, during the Last Supper, "He took a cup and when He had given thanks He gave it to them saying 'drink this, all of you; for this is My blood of the covenant, which is poured out for many for the forgiveness of sins. I tell you, I shall not drink again of the fruit of the vine until I drink it new with you in My Father's Kingdom.'"

Legend has it the Christian relic was passed from Saint Peter to a succession of Popes until 258 A.D. At that time, to avoid confiscation by the Romans, the holy chalice was given to a Spanish solider who helped it find a home in the Cathedral of Valencia.

The dark red agate cup with curved handles is housed in its own chapel within the cathedral and is paid homage to daily by those on pilgrimage.

While the holy chalice isn't said to have the supernatural powers like those of the holy grail, the holy lance and the true cross, it is revered my many. Pope John Paul II and Pope Benedict XVI have both held mass at the Cathedral of Valencia celebrating the holy chalice and its rich place in Christian history. 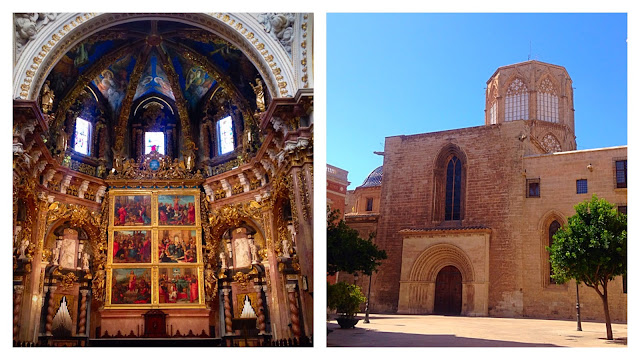