In 2010 a catastrophic 7.0 magnitude earthquake rocked the island-nation of Haiti. With its epicenter about 16 miles west of the capital of Port-au-Prince, the earthquake which occurred at 4:53 p.m. local time on Tuesday, January 12th, was to this day one of the most devastating natural disasters on Earth. By January 24th at least 52 aftershocks measuring 4.5 or greater had been recorded and most of the country was displaced from their housing. Eventual death toll estimates are over 230,000. 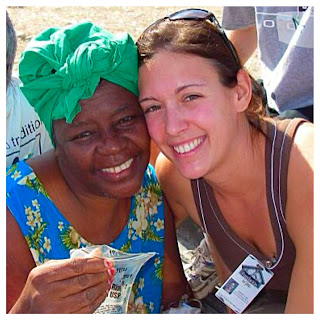 Like many people throughout the world, I remember time standing still that day. I had been living in the Dominican Republic a month prior to the disaster and had spent time doing aid work in Haiti as well. Frightening thoughts of the pain and suffering of people who I had worked with ran through my mind. I knew I needed to be of help to these people somehow or in some way. I contacted the organization I worked with in the Dominican Republic and they were organizing volunteers to help with the crisis. A few weeks later I was with them crossing the Dominican Republic border to the grief-stricken country that lacked sufficient infrastructure and amenities even before the quake.

Our mission took place in Fond Parisien located in the southeastern region of Haiti. While not in the worst hit area, where at the time the U.S. government and large NGO's were working, the people in the southeastern region were cut off from food and other supplies. Many were severely injured people fleeing the epicenter or locals who had damaged homes, little food or safe drinking water. When we approached the town, several temporary housing units, large tents, had been set up and make-shift hospitals were everywhere. These refugee camps were housing sick, homeless and grieving people from all over Haiti and offered no permanent solution. 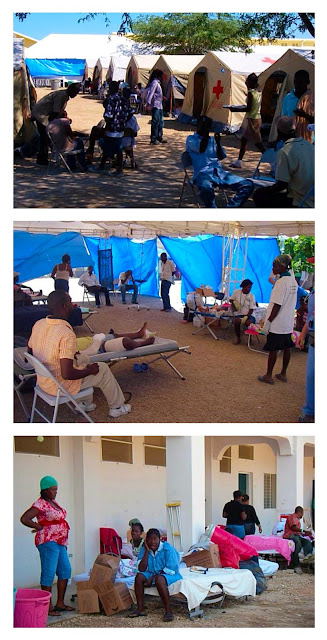 Of all of the emotion I had felt in my life, nothing could compare to what I was feeling at that time. It was a mix of hopelessness, sadness and frustration, but more importantly a great sense of amazement. I had never seen so many people, from all over the world, come together for such a humble cause. In the main hospital, an old school building that was quickly converted, there were teams from Spain, France, Chile and the United States. Despite the language barrier, everyone was communicating and things were running like a well-oiled machine. Surgeons were operating in small rooms, pharmacies popped up out of communal areas, and recovery rooms converted from classrooms were filled. I'm not sure how I ended up as part of the transportation team but it happened quickly. Myself and about 5 other volunteers jumped in loading the injured on stretcher boards and into the beds of pickup trucks to take people back and forth to the operating rooms. We moved people to and from the recovery area from morning until night. Doctors were everywhere treating people, and volunteers helped in any way that was needed. Leaving the hospital one evening I encountered about a dozen teenage boys playing soccer on a dirt road. I asked if I could play, and assuming I was no threat, they let me in the game. They couldn't believe a girl could play soccer like I did. My biggest opponent was a one-armed boy about my height. He kept slide tackling me, and I let him do it every time.

When I first arrived my frustration and helplessness seemed to be coming from feelings of inadequacy. I wished that I had studied medicine, was proficient in Creole or understood more about emergency relief work. As the days passed and I connected with the Haitians who I had met along the way, I realized that the camp had many doctors and nurses, many translators and people who knew how to manage disaster relief. I realized that although my strengths were different, they were valued and needed. I've never felt as part of a whole as I did during that time. The people who devote their lives to causes like these are truly amazing and I will forever be inspired.
Posted by Kimberly Leupo